A downloadable game for Windows

Miss those oldschool dungeon crawlers?  With challenge around every corner, simple but clear animations, and everyone talking in all-caps all the time?

Then this is for you!

Using a simple battle system and a flexible party, take on three dungeons full of danger, mystery and gloom!

-
Setting:
Over a century ago, a wise magician ruled the land of Thaelin.  When enemies struck, this ruler turned to the forbidden dark arts to keep it safe.  But life grew harder, people lived in fear, and one day a band of four heroes led a rebellion and sent the dread monarch fleeing from the land...

But a curse of misery and doom soon covered Thaelin, a parting spell of spite by the former ruler.  Life became nearly impossible, and the people were pushed to the borders of their own lands...

Heroes now gather to challenge the curse upon the land, and hope to end it for good.  You are one such adventurer.

Gather a party, and venture forth into the cursed kingdom, seeking the artifact at the center of it all.

6 unique mercenaries await you at the pub!  Recruit them to form a party of 4 to challenge the dungeons!  Each one has their own strengths, weaknesses, and 4 special skills.

No successful hit will do less than 1 damage, and damage values and enemy HP are low across the board.  Ratchet up your offense and defense to narrow the gaps, and pierce high-defense enemies with magic and damage over time effects!

A campaign of attrition and skill usage!

HP is crucially valuable, as there are few ways to heal yourself while out exploring.  Do whatever it takes to prevent yourself from being worn down early!  MP on the other hand, regenerates at a steady pace, allowing you to go all-out with your abilities in every battle.

No one left behind!

Level ups only increase your maximum HP, and a trainer can "catch up" lower level teammates for a small fee, meaning any party member can be made battle-ready with ease!  You can also pay for small stat "blessings" before every dungeon run!

Multiple difficulties!  Drop down a mode if you need to!

There are 4 modes of difficulty, ranging from incredibly easy, to punishingly hard!  If a mode is too much for you, pop the DIFF DROP item and drop down to the next lowest difficulty level!

Gather resources in the dungeon and turn them into useful items for free, liberating vital funds for new equipment!

Once you're done the game, you can start over and carry over a multitude of things (or not) including levels, equipment, shop unlock progress and more!

Play as either primary gender, with 4 different sprite "styles" for each!

The download file is the installer. Double click on the little blue cube and pick a destination and it will unpack the game into a folder.

Then, go into that new folder and double click the little dragon head icon labelled "Game" and it will start up. 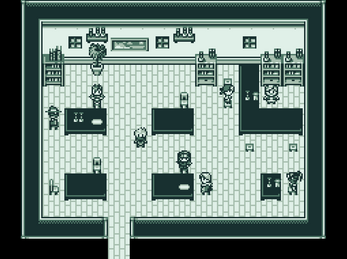 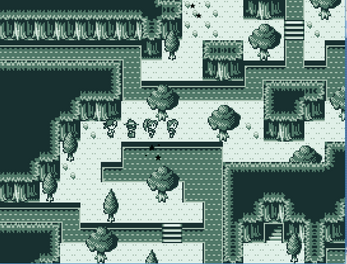 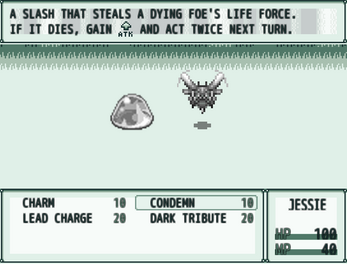