A short side story in the "Shackles of Varn" universe (the same world as Illusions of Loyalty).

----
A Vanguard and a self-styled Dungeon Delver enter a Forbidden Shrine...

As they crawl deeper down the rabbit hole, they will uncover a long-buried truth...and a terrible foe.

Gameplay:
Heresies of Discord is a story-driven Dungeon Crawler type of game.

Scattered throughout the Forbidden Shrine are clues as to its origins and purpose. Finding these clues increases your HP, and thus, your ability to survive the trials ahead. Gather clues, discover useful items, and slay foes in swift 1-on-1 battles to uncover the full mystery of the Shrine.

Combat is resolved with an ATB style, acting as a hyrbid between action and turn based combat. Swift thinking, good reflexes and careful timing will all serve you well here.

Enemy encounters and items (including healing) are all limited in number. You must use your skills and resources wisely if you want to survive the trip all the way to the bottom...

Characters:
Carol Towers
An accomplished and loyal Vanguard, having joined the order as a young girl. While she prefers quiet study on Mercy's Isle, she's a talented swords-woman who does not shy from danger and has stared down many a deadly monster. Often works directly under Saint Thomas, whom she respects greatly.

Amelia Kyes
A self-proclaimed "Archeologist". While her methods are a bit crude and she acts more like an "Adventurer" than a scholar, she does indeed take great interest in ruins from ancient times and is familiar with many old and forgotten kingdoms and tribes. As well, she's a self-taught wielder of Magic, and while her technique might not be the most impressive, she makes up for it with good instincts and creativity.

Saint Thomas
One of the seven Saints of the Vanguard Order, and Carol's scholarly mentor. One of the few Saints concerned about the rising level of aggression the Vanguard Order has been showing lately. Not one to shy away from unorthodox methods, he has entrusted this mission to Carol, knowing full well that the two of them are committing heresy against the Vanguard Order...

It's possible to drop down to a lower difficulty mode mid-game, if you feel you took on a mode that's too hard for you.

Multiple endings:
Disappointed that your supplies ran out, and that you can't make it to the end of the dungeon this time? You can choose to "Abandon" your mission at any time, and you will get one of 6 endings depending on when you chose to turn back. Good luck reaching the end, and getting the final ending!

Remember! Your feedback is important!
It'll help me make my future games that much better!

Just unzip it to your location of choice, then double click the little dragon head icon in the unzipped folder to start playing.

You can toggle screen size with F6, as well as fullscreen mode with F5.

(If ever a weird graphical glitch occurs at the title screen, changing screen sizes will fix it instantly)

Also, yes, you can use a gamepad to play!
Default Controls for Xbox 360 controller:
Confirm/Talk/Check: X button
Cancel/Open Menu: B button
Sprint: Press the A button to toggle sprinting
Switch characters in Equip screens: LB or RB

Remember! Your feedback is important!
It'll help me make my future games that much better! 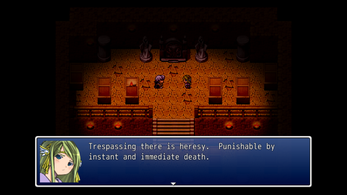 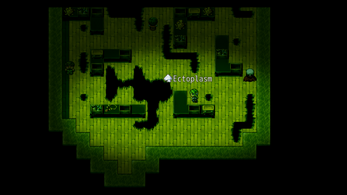 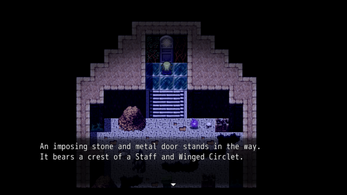 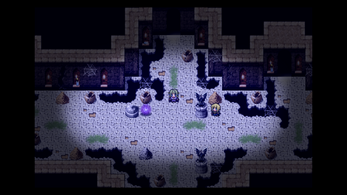 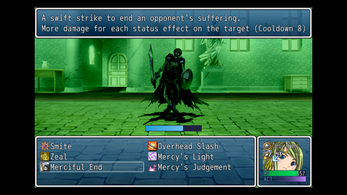